If you’re one of the 30% of people who suffer from allergies in the United States, then you’re no stranger to the sneezing, sniffles, rashes, and more than can come from allergy and hay fever.

Most people know that their symptoms result from some allergy, but they might not know the exact cause—namely, is it due to hay fever or some other allergy? So, if you’re confused about the difference between the two, keep reading.

Allergies are the body’s reaction to anything it views as a foreign substance, also called an allergen. The body then attacks this allergen, which causes the symptoms of allergies.

Allergy symptoms typically present with rashes, hives, nausea, and fatigue, as well as sneezing, a runny nose, watery or itchy eyes, and shortness of breath. While some allergic reactions are mild, some can be life-threatening and lead to severe anaphylactic shock.

The best way to treat allergies is to prevent them, i.e., avoid any allergy triggers you may have. However, depending on the allergy, this may not always be possible.

Other treatment methods include allergy shots, medicine, inhalers, and sublingual immunotherapy, which involves building up a resistance to the allergen by being exposed to it in small doses.

What Is Hay Fever?

Hay fever, also called allergic rhinitis, is a specific type of chronic allergy that occurs in response to particular allergens and can last for months at a time. Hay fever is a widespread condition, affecting over 20 million people in the United States.

Despite its name, hay fever is not typically characterized by an elevated body temperature. Common hay fever symptoms include a cold, runny nose, congestion, watery eyes, a sore throat, and itching of the nose, eyes, and roof of the mouth.

Hay fever can be seasonal, occupational, or even perennial (year-long). The time of year hay fever occurs on the particular substance the person is allergic to, but it is more common in the spring, summer, and early fall.

Like most allergies, effective treatment for hay fever involves avoiding or reducing exposure to the allergen. Other treatment options include over-the-counter medications like antihistamines, eye drops, and corticosteroids.

Hay fever and allergies don’t always have dangerous symptoms. However, if your symptoms aren’t reducing post-treatment or are severe symptoms, visit your doctor at the earliest. 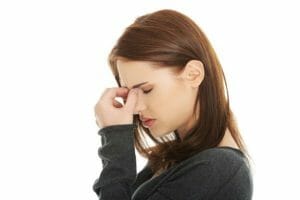 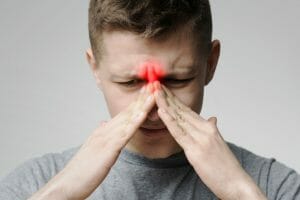 What Exactly IS Chronic Sinusitis? 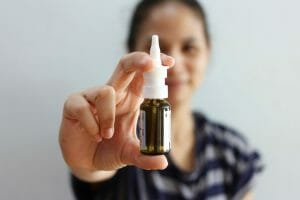 How Safe are Nasal Steroid Sprays?