Do you have sinusitis? Learn more about what that means and how to treat it.

Noncancerous (benign) growths called polyps can resemble clusters of grapes and are formed anywhere in your nose or sinuses. Both nasal passageways may develop polyps that block airflow, causing difficulty in breathing. They may need to be surgically removed if treatments haven’t been able to reduce their size.

Keep reading to learn about what to expect from nasal polyp surgery.

What Symptoms Do Nasal Polyps Cause?

Your quality of life may be negatively impacted by symptoms caused by nasal polyps, such as:

Polyps can result in postnasal drip, thick mucus, and, if your sinuses are clogged, recurring infections. You can utilize steroid nasal sprays, steroid pills, and biologic medication injections in addition to saline rinses to reduce inflammation, increase mucus flow and get rid of irritants. However, treating polyps can be challenging. Medicines don’t always work as intended, or they may be ineffective. At that point, your doctor might suggest having the polyps surgically removed.

How the Surgery Works

The procedure you’ll need depends on the location of the polyps. A doctor might be able to use a device known as a microdebrider to remove bigger polyps at the front of your nose while you are still in the office. A nasal polypectomy is a medical term for this procedure. Often, in this case, the sinuses are also filled with polyps and functional endoscopic sinus surgery is performed in the operating room to address this disease. Your doctor will use an endoscope, a tiny tube with a light and camera at the end, for this minimally invasive procedure, to help remove the polyps.

What to Expect After Surgery for Nasal Polyps

The surgeries are often performed under general anesthesia, but sometime your doctor can perform the procedure awake or with moderate sedation. Depending on the size and location of your polyps, the actual surgery could last anywhere from 30 minutes to a few hours. You’ll probably return home the same day.

Your doctor would likely advise you to refrain from doing these things in the first few days following your procedure in order to reduce bleeding:

After the procedure, some bleeding from your nose is normal. If you bleed a lot though, call your doctor.

Nasal polyp surgical complications are quite rare. Within a week you should be able to resume your normal schedule, but it could take about a month to recover completely. To keep your sinuses open, you will have follow-up visits with the surgeon.

SinusHealth provides expert sinus education. Here you may also locate a trusted sinus expert Rhinologist in your region who is an American Rhinologic Society member. 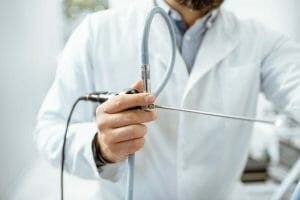 How to Choose the Right Sinus Surgeon 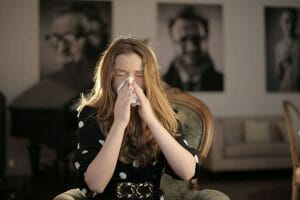 What You Should Do When You Have Sinusitis 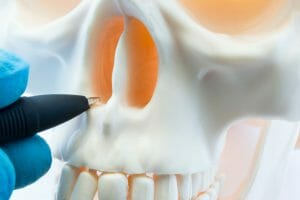 What is a Deviated Nasal Septum and What Should I Do If I Have One?