Pediatric Sinusitis refers to sinus problems in children. A child’s sinuses do not fully develop until their late teens, so sinusitis may present differently in children than in adults.

Sinusitis affects many children, but children with the following conditions are more likely to develop sinusitis:

Read on to understand the three most common types of sinusitis in children, their symptoms, and the treatment options.

Bacteria begin to grow in the sinuses when they are blocked with discharge. This can lead to a sinus infection or sinusitis. Common symptoms are:

The most common bacteria that cause acute sinusitis include:

In cases of infection, antibiotics are prescribed to help kill the bacteria. Acute viral sinusitis should not be treated with antibiotics; rather, medicines to control symptoms should be used. Rare complications of acute sinusitis, such as eye or brain infections should receive prompt emergency care.

The symptoms of chronic sinusitis last for more than 12 weeks. If your child has received treatment for sinusitis, but the symptoms haven’t subsided, they may require an ENT visit for further testing and diagnosis.

Treatment options for chronic sinusitis may include:

Studies show that nearly all children with cystic fibrosis have chronic sinus conditions.

This is because patients with cystic fibrosis secrete thick, tenacious mucus, which can lead to mucus stagnation, bacterial colonization, chronic inflammation, mucosal edema, and ostium blockage.

Nasal polyps are growths in the nasal passage that contribute to congestion. They sometimes even grow into sinuses. Although conservative treatments can help manage CF-induced sinusitis in the early stages, as the condition progresses surgical intervention often becomes necessary.

Sinusitis in children can be diagnosed with the help of X-rays, CT scans of the sinuses, and tests on cultures taken from the sinuses.

If your child is suffering from symptoms of sinusitis and you are looking for an expert to talk to, don’t hesitate to reach out to a rhinologist in your local area. 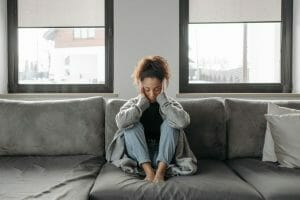 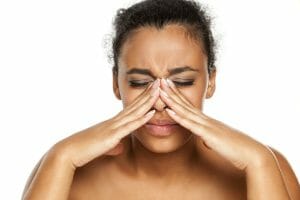 What Causes Chronic Sinusitis and How to Treat It 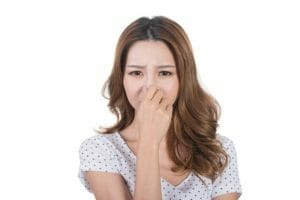 How Do I Detect Allergic Fungal Sinusitis?