Everyone gets a runny nose from time to time. In most cases, runny nose is nothing to worry about, and we generally accept runny nose as a part of life. However, if one experiences runny nose that looks like a leaky faucet or drip out of only one side, this may represent a potentially more serious type of problem – a cerebrospinal fluid (CSF) leak.

What is a CSF leak, and why is it a problem?

CSF is clear, thin fluid that is made within the brain cavity, and it supports and provides nutrients to the brain. If CSF somehow finds its way outside of the brain cavity, then it is called a CSF leak. A CSF leak can occur along any point of the skull base (the border between the brain and nose, sinuses, ear, and spine).

An active CSF leak suggests that there is a hole between the brain and the outside world. Bacteria may enter the brain, which can cause a serious brain infection called meningitis. Although most cases of meningitis are treatable, it can still be life-threatening and cause long-term problems. Treatment of meningitis usually requires admission to the hospital for antibiotics given through the veins.

CSF leaks can be due to multiple reasons, including head trauma; increased pressure in the brain/skull, complications of surgery; and from birth. It can often be provoked by increasing pressure to the head to push the fluid out, such as straining, heavy lifting, bearing down, or strenuous activities. Many patients describe the fluid as salty or metallic in taste.

When can a runny nose actually be a CSF leak?

Patient who sustained head trauma who develop new one-sided runny nose should be worked up for CSF leak. In very rare cases, CSF leak may occur after sinus, ear, or brain surgery, which may require another operation to repair.

High pressure within the brain/skull may cause a CSF leak. In these cases, the high pressure thins the bone between the brain and sinuses over time, and eventually bursts through. This is thought to affect overweight patients more frequently.

If CSF leak is suspected, the rhinologist may order imaging studies such as CT or MRI to look for possible locations of the leak, perform endoscopy to attempt to identify the leak site, and/or ask the patient to collect the drip to send to lab to confirm that it is indeed CSF.

How is a CSF leak treated?

In cases of a very small hole, bedrest and/or placing a drain into the back to divert pressure (lumbar drain) may be sufficient to treat the problem.

However, in most cases, an active CSF leak will likely require surgery for repair. This is usually performed through a minimally invasive approach through the nose, with very high success overall. For patients with elevated pressure in the brain, long-term control of pressure may be necessary, either through medications or devices that divert pressure from the brain.

Rest assured in knowing that most cases of runny nose are normal; however, pay attention to the following danger signs related to CSF leak, and consult with a rhinologist to discuss these symptoms: 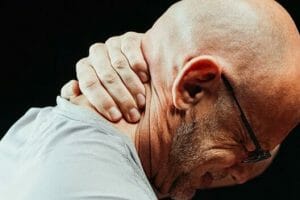 CSF Leaks of the Nose: The Answers to All Your FAQs 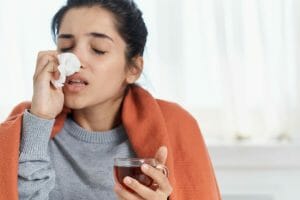 Cerebrospinal Fluid Leak: Can a Sinus Infection Be the Cause?